Terry Sheppard – a truck driver since 1975 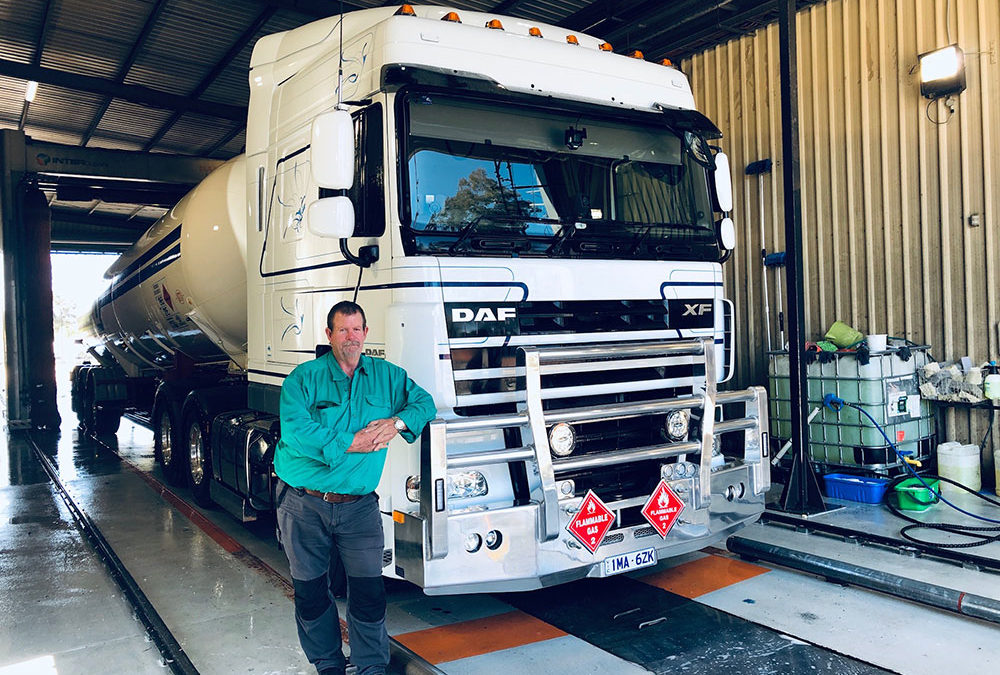 Terry was working in the NT when a mate introduced him to Road Trains. During the 80’s he was in Triples on the west coast Darwin to Perth with a wholesale nursery. Unfortunately, through by-laws and concerns with areas of quarantine it became too much and consequently hard to perform his duty well.

So, the start of ‘carrying gas’ was under way. A job in Perth and Terry began with Kleenheat Gas. After years under that banner Terry moved to Melbourne in 2003 with Kleenheat Gas then in 2010 worked with Pete Jeffs carting for Kleenheat until they sold up on the east coast. Pete then joined Rivet running interstate. Now 16 years later, Terry is still lovin’ the life. Driving with Club Haven-Rivet is easy, 6 days, one week, 4 days, the next. Being away from family and 7 grand kids is hard and missing out on those events with friends, especially when those photos come out and you are not in them!